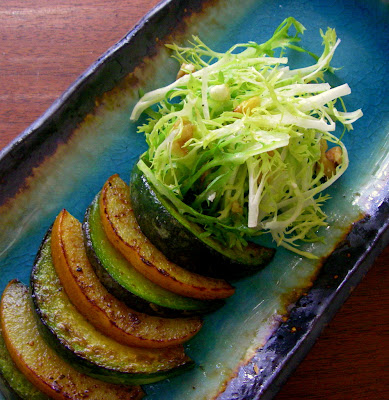 When the phone rang at 8pm (well, did it’s little tune/jingle thing. Can you program a phone to actually just, ring anymore?) I glanced down at the number so artfully displayed and did a double take.

Knowing there is an eight-hour time difference I had to wonder, who on earth was calling me from England at that hour?

I figured it must be a drunk dial, let it go to voicemail and forgot about it. Drunk dialers are only fun for about a second after all.

What a bummer mistake.

It was a British friend and they were calling with a bit of a rambling message, but alas, she was in Los Angeles on a layover to Hawaii and had been trying to reach me all day.

She had called in the morning asking if I wanted to meet for a pumpkin scone.

At noon, she called to see if I wanted to meet for pumpkin curry.

At three, for a pumpkin latte, and at dinner time for a slice of…you guessed it…pumpkin pie.

Turns out the radiant lass loves her some pumpkin and apparently had spent her entire 9 hour layover alone except for one very happy cab driver, hunting it down all over this fair city and consuming with abandon.

Had I only picked up that call. I could have invited her over for a feast.

Happily, she will be in town again on her return and I will be able to offer her this delight.

I emailed and confirmed.

Whisk shallots, rice vinegar and Dijon mustard in small bowl to blend. Gradually whisk in oil. Season dressing to taste with curry powder (if using) and salt and pepper.

Slice the squash in half. Remove seeds and slice in to 1/4 inch thick slices.

Core and slice the pear into ½ inch slices also.

Toss the squash and pears together with the vegetable oil, salt and pepper.

Grill or pan sear the squash slices until just cooked through about 6 minutes. Set aside and repeat with the pears, which will take one or two minutes.

Toss the frisee and walnuts in the dressing and serve with the squash and pears.

(The vinegar, mustard, salt and pepper were not local. Everything else was.)

Frisée - French, from feminine past participle of friser, to curl. The pale, yellow salad green is a member of the chicory family.

In the last few years plantings of Asian pears were made in New Zealand, Australia, Chile, France, and the eastern and southeastern United States. Since 1984 about 500 acres of Asian pears have been planted every year in California. - Perdue.edu

LONDON, England (AP) -- The British pint has become the latest victim of the global credit crunch, with total beer sales dropping around 7 percent in the third quarter of this year. The British Beer and Pub Association said that 161 million fewer pints were sold between July and September compared with the same period last year -- a fall of 1.8 million pints a day.

Comments:
Oh my Rachael, you have outdone yourself on this one. What a brilliant and creative recipe, love it!

Your friend sounds a lot like me, always on the lookout for pumpkin! I love kabocha especially, it's the closest thing to sweet potatoes and great for grilling, as you've shown us here :)

Love this recipe! What a great combination of flavors......Girl, you rock!

Doesn't this girl know how to leave a message? Sheesh at her! This recipe sounds like dinner! Delightful!