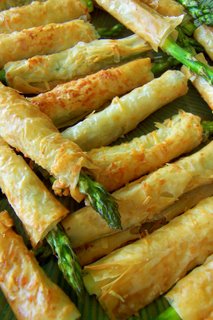 I personally have never had a doorman. It’s an L.A. thing I guess. They don’t exist here much. And lemme tell ya, that fact is total culture shock for some, but whatever. I think it mostly bothers newly transplanted New Yorkers. Back east, when someone gets a new apartment they seem to make sure to point out "doorman" as one of the features. Us Westcoasters just smile and nod.

To me, there is something so…random, about having a man you pay to…open the door. And if you don’t know that old adage about L.A….well, it’s something like this…when the reporters come knocking after a neighbor has gone postal, the only thing we usually say is that “They were quiet and kept to themselves.” We like it that way. Impersonal. No one popping by, asking for sugar (which we don’t have in the house anyway) or to run lines with them. It’s a good thing. (No one said this is an easy town…) Can you imagine if some doorman was around all the time? Would mess that all up. All. Up.

But suddenly kittens, just recently, my opinion has changed! (At least about the door man concept) And I'm so excited to share!

Late last week, the temperatures hit obscene. I don’t remember asking Alaska to come for a visit, but apparently it has anyway. And heaven knows, my wardrobe was ill equipped. Brrrr.

It was Saturday night. A soiree awaited. My arms were full of trays, since I do not show up to parties without at least some sort of foodstuff. Usually something that cannot be tipped, or set down on the pavement (ew!) so I was in trouble. The building loomed. My arms weak under the weight, what was I to do?

While staring blankly at the door as I weighed my options, right smack out of the blue, a man in a uniform swung open the door and ushered me in to the vestibule. It was then and there that I got it. I didn’t have to struggle. No need to shiver. No need for keys or phones or putting down and then picking up parcels. The door just opened. Open sesame.

He called the elevator. He pressed the button for my floor. He said goodnight. It was a dream. So simple, yet so fab. A mere seconds later, I sailed in to the party, popped these into the oven for 12 minutes, and well, we all had a swell time.

Try these, and should you need to make them ahead, do so. Up to two days. Just line them up like little soldiers on a tray and bang them into the oven as needed. Doorman optional.


If making immediately, preheat your oven to 350F.

In a small bowl, combine the mayo, horseradish, capers and mustard. Taste and adjust seasonings. Reserve until ready to serve.

Bring a large pot of heavily salted water to a boil. Toss in the trimmed asparagus and blanch for 2 minutes, or until bright green. Drain into a colander and shock in a large bowl of ice water. Pat with paper towels and set aside. (This can be done a day ahead)

Remove phyllo from package and place a barely damp towel over it to keep it from drying out. (If the towel is sopping the phyllo will get mushy. And that is no good.).

Remove one sheet and lay it out on your work surface. Brush with a thin layer of melted butter, then sprinkle on some parmesan and then pepper. Place another layer on top and repeat with the butter and cheese, until you have 3 layers.

Divide the phyllo into 5 equal strips and then down the center so you have 10 rectangles.

Position a stalk of the asparagus on the bottom edge of a rectangle and roll it up. Brush the tips and outside with more butter and place on a lined sheet pan, seam side down.

When ready, bake until golden brown, approx. 15 minutes. Serve hot with the sauce.

White asparagus has been grown without letting it emerge from the soil, thus preventing exposure to sunlight, and stopping the color from developing. The smae technique keeps Belgian endive white.

Comments:
This sounds absolutely delicious - though I confess working with phyllo always makes me a bit nervous. ;) Thanks for the footnotes, too!

Doormen aren't big out there in Boston either

This is a great recipe; yesterday I saw asparagus at an LA farmers' market for the first time this year. I'll get some next week to try this.
Totally agree about the weather-- my dad has called practically every day for a week to boast about how it's been warmer back home in Rhode Island.
Susan
Food "Blogga"

These are such a fab idea for a party! Delicious and pretty.